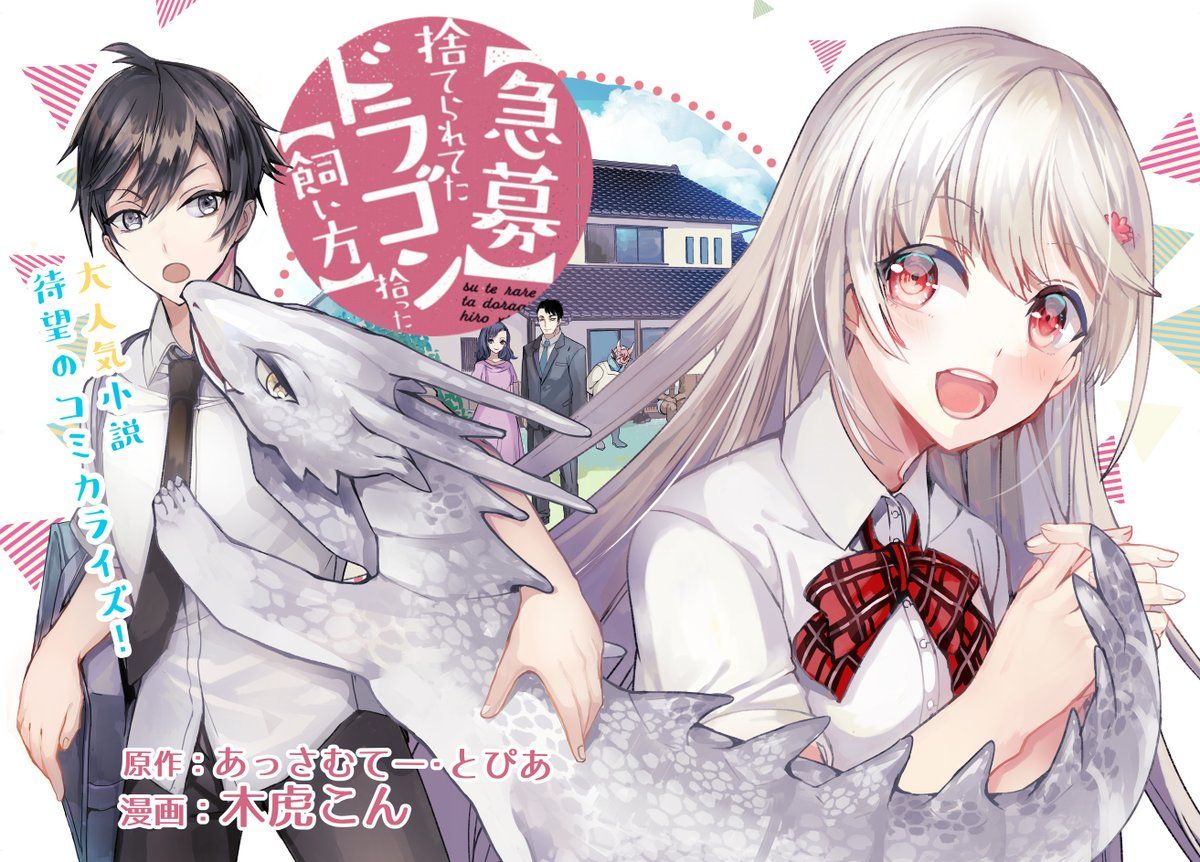 Urgent Request: How to Raise an Abandoned Dragon

Description: A totally normal high schooler whose only good point is his toughness, Tetsu. The lizard he happened to pick up one day, turns out to be a super rare dragon!? Not knowing how to raise his dragon, he turns to the internet. However, his walk with his super rare dragon is a trending topic. What kind of insane turmoil will this bring into his life...? Here comes the long awaited manga adaptation of the super popular novel series!!

SleepyFoxScans: One of my non-fluff projects. This one was my very first scanlation project. I started working on this series just to dip my toes in the water and see how it felt. It felt a little like destiny that it had just begun serialization shortly before I made the decision to try scanlation. The art is a little rough, but not the worst I've seen by a long shot.
I've dropped the series after thinking about my priorities. Thanks for the support up till now.

Read it on MangaDex.

Read it on MangaDex. I'm both glad and sad to be finishing this series off.

Read it on MangaDex. Akio-chan suddenly fails to show up at school! Whatever will happen